What Do Brazil, Angola, Mozambique, and Macau All Have in Common? The Portuguese Language, and Corruption. 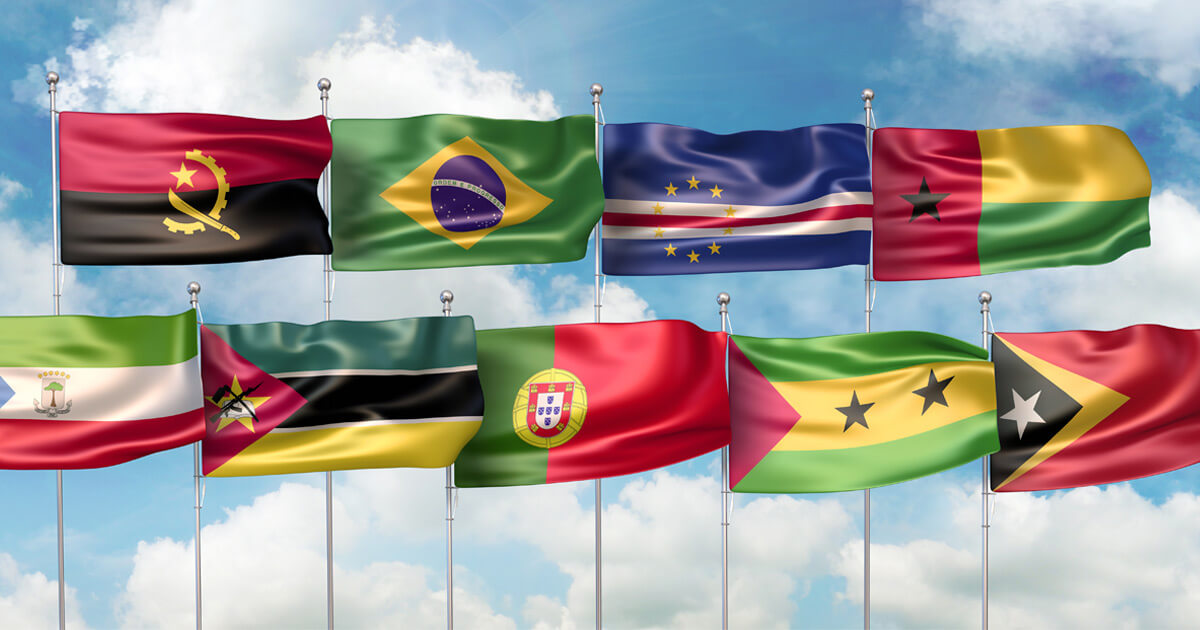 Due diligence and adverse media screening efforts can leverage the valuable risk signals found in Portuguese content, with analytics ideally performed in its native form

There are nearly 280 million people living in Portuguese-speaking countries around the world, several of which regretfully have more in common than language: their place in the bottom half of the Corruption Perceptions Index (CPI). Portuguese is also spoken in Macau, a special administrative region of China and gambling capital of the Eastern Hemisphere. The 3.5% of the world’s population living in these places (who are called Lusophones) tend to punch above their weight in terms of financial crimes risks.

To fully appreciate the various risks posed in doing business in these places—and with companies that do so—requires complete and accurate interpretation of information written in Portuguese. But as only the ninth most common language on Earth, has Portuguese content been underrepresented by banks’ due diligence and adverse media efforts in spite of the outsize risks? Is reliance on machine-translated content for modeling and search handicapping performance?

Transparency International’s Corruption Perceptions Index (CPI) is a mainstay of all financial institutions’ due diligence systems. The CPI uses a scale of 0 to 100 to measure a country’s perceived level of public-sector corruption, with a score of 100 representing the lowest level of corruption.

With 215 million citizens, Brazil is the world’s 6th most populous country and by far the largest Portuguese-speaking country. It also boasts the 12th largest GDP, and so the global economy at large operates with significant exposure to Brazil. Portuguese is also the first language in several African countries, including Angola, Guinea Bissau, Mozambique, and Equatorial Guinea, which are predictably linked to Brazil culturally and economically. Here’s how they all score in comparison to the least and most corrupt nations, and the United States:

Any financial institution doing business with parties in these countries directly or through linked international partners—or with customers or counterparties from these countries—is advised to adapt its due diligence, monitoring, surveillance, and investigations accordingly. Incorporating local media sources, public documents, court filings, and other publicly available source documents is a critical element of the process.

Following are some of the biggest corruption and money laundering cases of modern times. They serve as examples of why fluency in Portuguese information and media is so important:

Two of these five cases—and the unique situation of Macau—bear special mention:

Brazil has seen a series of money laundering scandals; most notably, “Operação Lava Jato”, or Operation Car Wash. Over the last decade, there have been oil industry bribes and political corruption, with links to eleven other countries globally, and estimates of funds laundered as high as US$13 billion. The case demonstrates the need for institutions to understand their relationships; not just their customer and business partner, but also their beneficial owners and ultimate beneficial owners. As in so many cases, the degrees of separation are key to understanding the linkages revealed through external media.

The Princess of Angola

The International Consortium of Investigative Journalists (ICIJ) released a trove of documents covering the expansive global network of shell companies linked to Isabel dos Santos, the daughter of Angola’s former president. Isabel currently stands accused of amassing a multibillion-dollar fortune leveraging the nepotism invoked by her father, including being assigned as head of the state oil firm in 2016. Once considered Africa’s richest woman according to Forbes magazine, with a net worth exceeding US$2 billion, she was dropped from the Forbes list in January 2021, citing that it was not possible to calculate her wealth due to the complicated nature of the network and the freezing of assets.

The Other Gambling Capital of the World

We all know of Macau now as the Las Vegas of Asia. Macau is today a special administrative region of China, but it legalized gambling back in 1844 and has now passed Las Vegas as the most successful gambling center in the world. Reports claim that gambling contributes as much as 80% of Macau’s economy. The Congressional-Executive Commission on China reports that $202 billion illegally sourced funds pass through Macau each year. Here we see the need to understand the languages of both the minority Portuguese and majority Cantonese in terms of names of individuals, companies, and media coverage to aid an institution in establishing the source of wealth.

Gaining the knowledge to act, with modeling and search of native Portuguese content

Brazil, Angola, Mozambique, Guinea Bissau, and Equatorial Guinea all must continue to advance their anti-money laundering and anti-corruption controls. It can be a long and segmented path, particularly when there’s a long way to go, but enhanced controls are necessary to address the systems and networks that enable corruption within these countries. In the meantime, any organization doing business with parties in these countries or through associated international partners needs to implement its due diligence, monitoring, surveillance, and investigations processes in such a way that ensures that they can accurately model and interpret the signals of risk to be found in Portuguese content.

Broadly speaking, when working with foreign-language content, there is a big difference in terms of accuracy when machine learning models and filters are translated and trained on native content directly, as opposed to a version in machine-translated English. For example, a rudimentary approach relying upon search of Google-translated versions of Portuguese news might respond to a query for “fraud” or “deceive” with articles including “fraudar” or “engagar” in the pre-translated content, respectively. But these searches would likely miss occurrences of articles containing the word “ludibriar”, a Portuguese word commonly used in the context of fraud but not necessarily recognized as such in a literal (word-for-word) translation.

In acknowledgment of the importance of Portuguese content and its contribution to global risk awareness, Quantifind has introduced support for native Portuguese language modeling and search to the Graphyte™ intelligent financial crimes automation platform. Building on support of English, Spanish, French, and Chinese, the addition of Portuguese highlights the impact of Quantifind’s unique language-agnostic modeling approach. Graphyte is designed from the ground up to leverage content in its native domain. Using a combination of language experts and data-driven modeling, subtle yet critical language-specific nuances are encoded into Quantifind’s filters, which in aggregate have a dramatic impact on performance. As a result, new languages are added rapidly, with accuracy and relevance meeting Quantifind’s same rigorous standards as with English-language content.

This unique approach to non-English sources adds millions of public records that significantly improve the accuracy and confidence of risk assessments while maintaining the same performance standards across all languages. It’s just one feature of many that differentiate the world’s most accurate AML/KYC solution for financial crimes automation, used by defense, law enforcement, and financial institutions to add AI-powered intelligence to their risk screening and financial crimes investigations decision-making processes.

Graham brings 30 years’ of experience in financial services, intelligent enterprise services, and defense, with leadership in financial crimes risk across multiple disciplines including AML, ABC, and fraud. He served most recently as Executive VP at Wells Fargo, managing risk operations across all global markets for retail, corporate, correspondent and private banking, brokerage, insurance and trading.